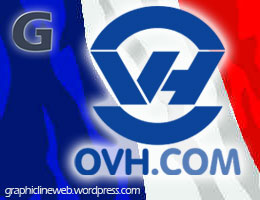 Is Roubaix Ovh Systems, a hosting and Internet Service Provider in France, one of the most dangerous ISPs and hosts in the world? We could be justified in thinking so. At least out of ISPs and hosting companies in the Western economic zone, outside of former Soviet Union states.

When you see a spambot active on your site, a hacking attempt, or a trackback spammer, there’s a pretty good chance it’s coming from an IP registered to Roubaix Ovh Systems, or another Ovh Systems IP.

We (Graphicline Web & Technology) have seen so much bad activity from IPs traced back to Roubaix Ovh Systems we now ban all their IPs as soon as I find them. Activity from all other OVH Systems networks are watched carefully

I’ve also seen IPs listed as belonging to this host used in dDOS attacks and botnets.

I must ask the question, does Roubaix Ovh Systems not control bad activity by their customers, or is a free for all situation where cyber criminals do as they please? Does France not have Internet laws outlawing hacking, botnets  and spamming?

Don’t they scan websites hosted on their servers for malware inclusions? Are Roubaix Ovh Systems servers so insecure they are easy to hack?

Roubaix Ovh Systems of France get’s a bug thumbs down

We ban Roubaix Ovh Systems IP’s by .htaccess when we find them, using one of the domain/IP look-up tools to find the full IP block for any discovered single IP. This is a retro-active. We also use some pro-active methods to ban this bad host:

For our WordPress sites (We consider WordPress the most at risk, and the most targeted) we use partial hostname string blocking. Hostnames containing the following partial strings are banned

To do this, we mostly use a WordPress Plugin VSF Simple Block. This plugin works well. Denying access for partial hostname strings doesn’t always work using .htaccess mod_rewrite rules. With a dedicated server you can setup a server script to do this, but not on shared hosting.